We're joined by Aimee Maroney to hear how the team at Syracuse University said goodbye to Wordpress and migrated their flagship website to Wagtail. Here is the story so far: 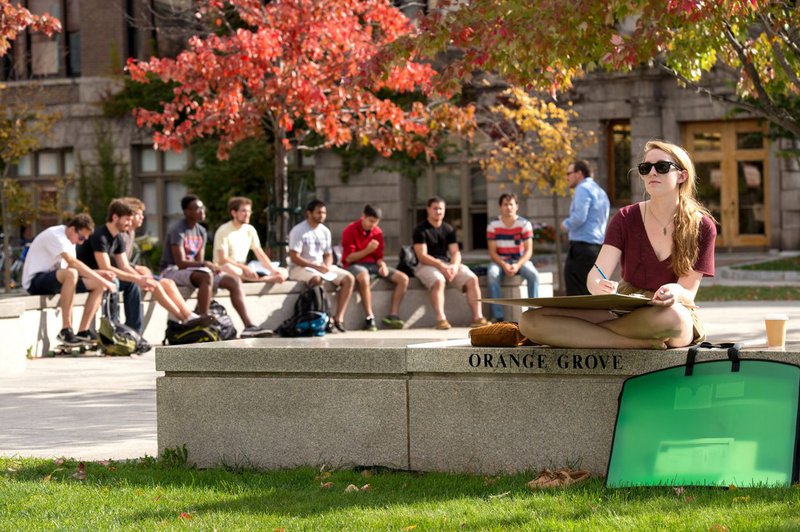 Syracuse University has had several content management systems over the years, but in January of 2020, when we embarked on our journey of migrating to Wagtail, we were using WordPress to manage the University’s flagship website.

WordPress had served us well, as most content editors were quite familiar with the platform, but it presented challenges to the University’s marketing and communication agility.

With WordPress, it was difficult to implement new page designs quickly and distribute them widely. As the University moved toward short-term campaigns and shifting communications to digital-first initiatives, it was clear the University needed a CMS that structured information using blocks instead of full-page templates and an API to distribute data to other channels. 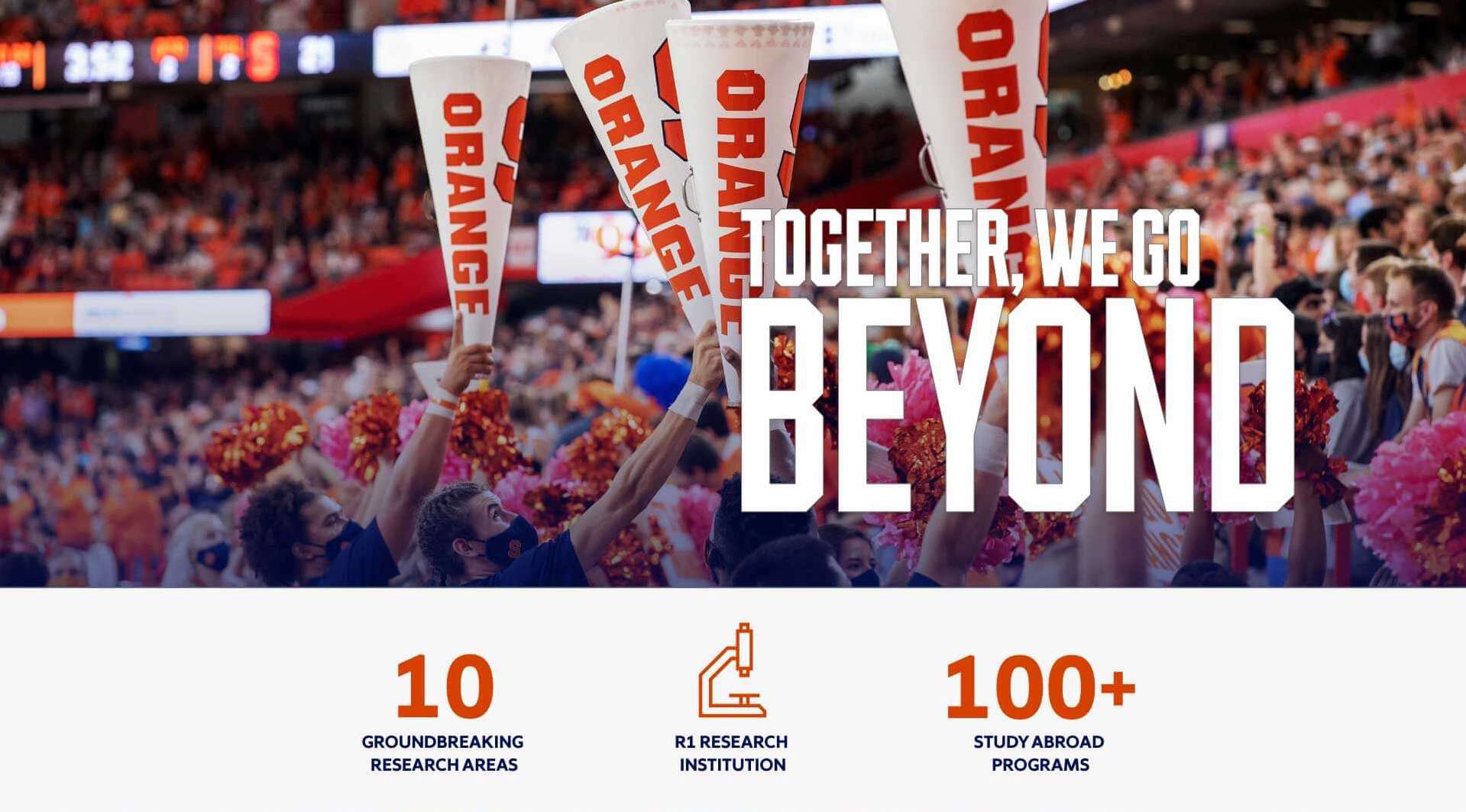 The requirements for our new CMS

Once we identified our primary challenge, the development team created a list of features that both the team and the University required of any future CMS.

We identified the following requirements:

Using this list, we were able to identify a small group of potential candidates including Wagtail, GraphCMS, Adobe Experience Manager, Umbraco and WordPress (with its REST API). After further exploration and research, product demos and budget evaluations, Wagtail was the clear winner.

During our product evaluations there were many content management systems that hit most—but not all of—our wish-list items. Some were open source but relatively new and with small developer communities. Others were respected, mature products with large communities, but were prohibitively expensive with a code base that would require a steeper learning curve for developers.

Wagtail required no concessions or compromises. At the time (and more so now), Wagtail was a mature, open source platform trusted by many respectable educational institutions and had an active community of developers. It was scalable and offered multi-site support.

In addition, Wagtail is built in Python, a language known not only by our development team, but also students within the University’s computer and data science programs. This afforded our team the opportunity to offer internships and student employment while having a larger pool of talent to hire from.

Lastly, Wagtail’s Streamfield and API were the solution for our primary challenges: the need to build responsive, block-based, modular web pages and the ability to distribute content to other channels. 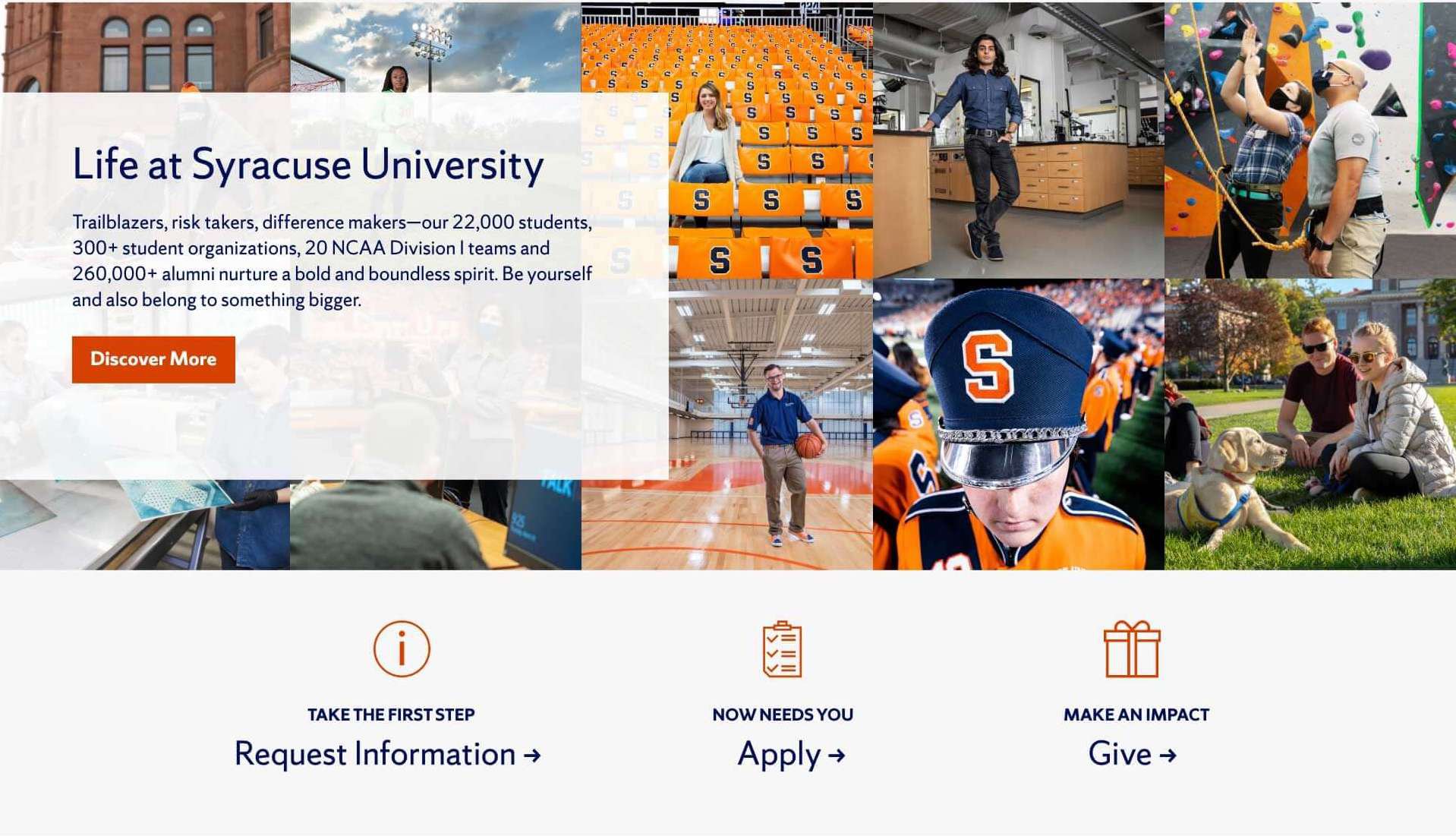 It took our team less time to migrate to Wagtail than it did to search for the right CMS. We made our first commit on Jan 8, 2021 and we launched the fully migrated site on August 12, 2021.

The initial setup of Wagtail, our development environments and deployment processes were relatively easy and straightforward. The Wagtail documentation is quite extensive and provided most of the information we needed. Generally speaking, most areas that required troubleshooting involved Django issues, not Wagtail.

The most difficult part of the migration process was recreating custom blocks to match specific content created in WordPress. Some of these custom blocks included data tables, an accessible table builder and a solution to display University bus schedules. We also had some custom VueJS applications that required troubleshooting when integrating into Wagtail and determining how best to streamline their build processes.

In the end, the large bulk of the migration time involved exporting the 1,400 plus pages of content from WordPress, importing it into Wagtail and making sure that all content and images were still there.*

For the export and import, we created custom scripts to expose content in the WordPress REST API, convert it to JSON, map the data to the new Wagtail content fields and then import into Wagtail. We used Screaming Frog to crawl the new Wagtail site and look for discrepancies in word count, page count and images between the old and new sites. There were also some additional headaches in dealing with custom html embedded in WordPress blocks and rich text editors that required some troubleshooting and lots of manual QA.

Once QA was complete, the final tricky part was making sure that new content aligned on both old and new sites so that once we directed users to the new site, there would be no detectable change on the part of the user. On launch day, we happily reported no down time and only a few small bugs that were quickly fixed.

It has now been almost six months since we migrated to Wagtail, and in that time we have launched a new homepage design, two new campaigns focused on student achievement and a new academic program selector application—a feat that would have been impossible to do had we still been using WordPress.

Wagtail increased the efficiency of both our development and content teams. We are now able to produce much more visually appealing and engaging content in a fraction of the time we were able to do before. The development team now has an environment that can handle rapid deployment of new features, and the content team has the flexibility to choose modular blocks that align with the information they wish to convey.

Now that we have a stable and highly flexible platform at our disposal, the digital team at Syracuse University is planning out which new tools and features will help the central Division of Marketing and the wider University community.

Some of these features include microservices for news and people directories, a Wagtail starter project for our schools and colleges to use and new themes using our new digital design system.

Our focus is to be efficient, provide consistent messaging and branding, and centralize data for wide consumption, and with Wagtail this is all now possible.

*Editor note: We've since released a Wordpress to Wagtail migration kit to speed up and simiplify the process of migrating Wordpress sites to Wagtail.

Join us at Wagtail Space 2022 - March 24th and 25th at the Cleveland Public Library and virtually via Zoom.