From talks to beers to sprints, here's our recap of some of the best moments from Wagtail Space US. 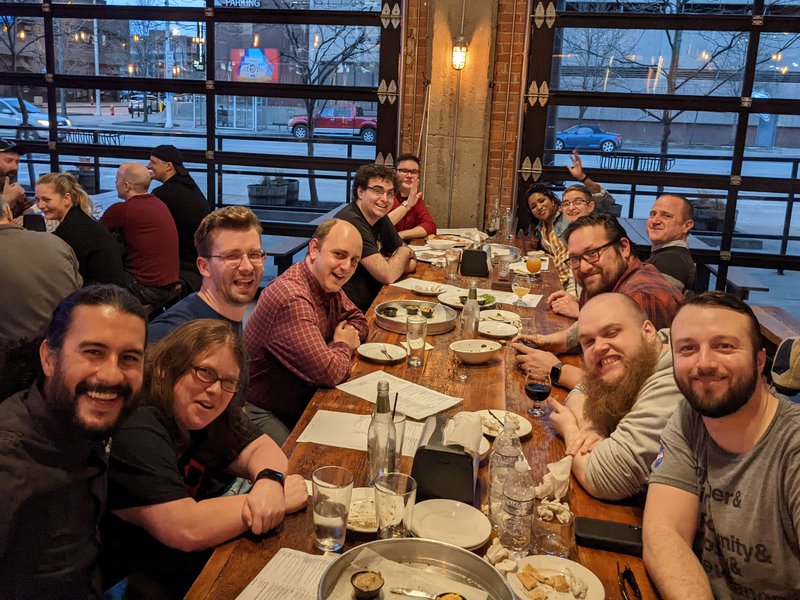 The weather may have been mostly grey in Cleveland, but the inside of the Cleveland Public Library was very green from all the Wagtailers who took over the second floor. Hosted this year by CodeRed, Wagtail Space US brought together around 30 in-person attendees and over 300 people online from around the world to hear 15 talks about all the fabulous things people are doing with Wagtail.

Not one dull moment in this lineup

With emcee Dawn Wages from The Wharton School wearing a special shirt and at least one speaker wearing lucky socks, this year's talk lineup had some familiar faces mixed in with newcomers. Everyone was eager to share their Wagtail discoveries.

The day began with a review of the State of Wagtail from core contributor Thibaud Colas of Torchbox. Matt Westcott from Torchbox, one of the original developers of Wagtail, also walked us through the evolving philosophy that powers the development of Wagtail.

The highlights from Day 1 included enthusiastic cheering for the demo of Coen van der Kamp's Wagtail Guide project, an in-depth tour of the new Wagtail page editor design from Phil Dexter and Ben Enright, and a crash course in Wagtail packages from Tim Allen of Wharton Research Data Services. Torchboxer Meagen Voss (yes, that's me) finished off the day with a talk full of tips for Wagtail beginners.

On Day 2, Kalob Taulien (aka, the Tutorial Guy) started us off in-person with Wagtail vs. Wordpress. Then three remote speakers brought us talks from Jakarta, Amsterdam, and Italy with Sage Abdullah of Torchbox showing off his work on JSONField in Wagtail, Tommaso Amici demonstrating headless Wagtail for JavaScript frontends, and Patrick Arminio debuting his Strawberry GraphQL library.

After lunch, chart geeks drooled over the collapsible chart block demo by Sævar Öfjörð Magnússon and Arnar Tumi Þorsteinsson of Overcast and gamification fans marveled over the games-based courses designed by Sarah Toms of Wharton Interactive. NASA JPL developers Stephanie C. Smith and Addison Hardy also made every DevOps person in room jealous with the one-click site deploy feature in their multi-tenant Wagtail setup. A standout talk of the afternoon was the call to action by Vince Salvino of CodeRed for building a fuller ecosystem around Wagtail. 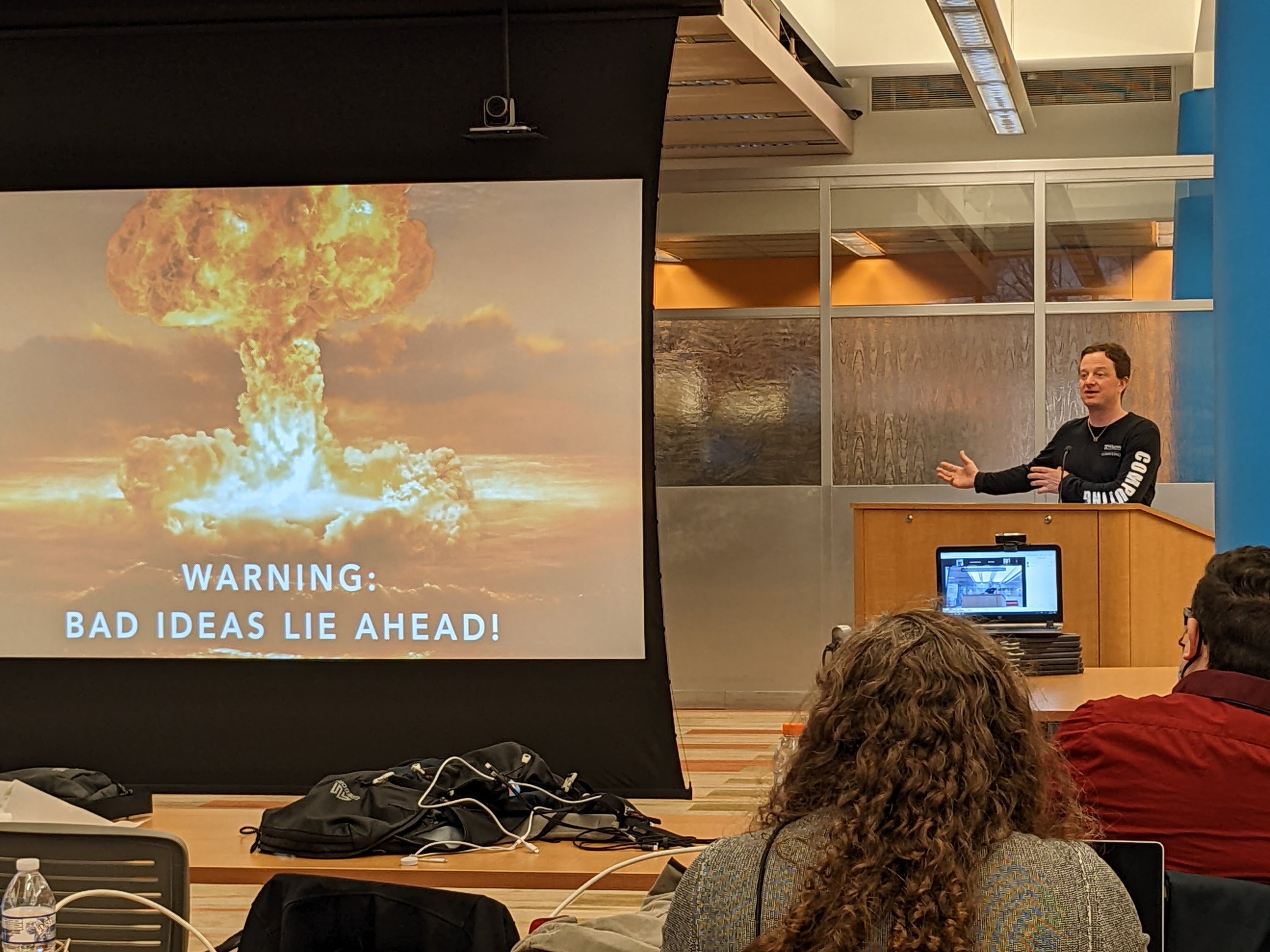 Both days had 5-minute lighting talks that ranged from silly to serious. Tim Allen immediately seized everyone's attention with the fiery warning label on his talk about a massively bad idea to deploy a website on AWS Lambda with SQLite. Other highlights from the lightning round included Harris Lapiroff showing how the Freedom of the Press Foundation uses Wagtail to track press incident data, Strother Scott's talk about troubleshooting real-life birds (not online ones like Wagtail), and Stephanie C. Smith sharing programming-based music she created with a unique instrument called "the bell controller." 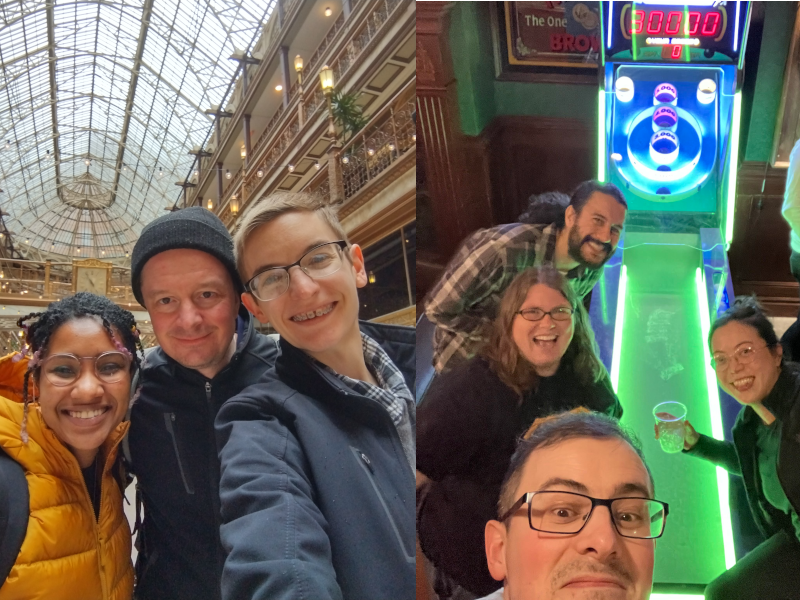 Because this was the first conference many of the in-person attendees had come to in around two years, more than a few of us forgot how bars are supposed to work. Fortunately, it only took a few drinks and some tasty pretzels at Masthead Brewery for us to remember. Then much fun was had by all.

Meanwhile, many of the online attendees socialized by showing off pictures of their furry (and not-so-furry) friends at home on the Wagtail Slack (which made this post author very envious) and bantering back and forth on the Wagtail Live feed. People chimed in to join us from Portugal, Jakarta, Senegal, the Netherlands, France, Uruguay and many more countries across the globe.

Thank you so very much to our hosts, all of the organizers, and the volunteers who helped make Wagtail Space US happen. We look forward to seeing you all again soon! Don't forget, there's another Wagtail Space coming up in June in the Netherlands.

Experiencing FOMO? Be the first to find out about Wagtail news and events. Sign up for our email list.